Among the numerous neighborhood and districts in London, named after people who have done much for the nation, or regions which mean a lot for the monarchy, there are several that are being attractive and interesting for being called with very unusual names. This is the case with Elephant and Castle.

At the beginning this was the name just of an intersection, situated in the central part of London and then it gave its name to the area, that was surrounding the crossroad. Being part of the A3 road, this was for many years the shortest way for system of intersections in the area.

What makes this region of central London commented so much is the mixture of architecture in the area, which can not be called stylish and well-planned. According to the information, the neighborhood was regenerated two times during the last century. The first time it was done to fit the needs of the modern people and become good for driving. But then came the second regeneration in the last few years, which is kind of a step back. Following the modern tendencies to decrease the traffic in the central parts, the area is having more and more pedestrian parts and their number is growing.

Generally the feeling that the neighborhood makes in its visitors and residents is not very positive. It is more of a grim place and you will need a lot of energy and time to start to like it. Of course it is important what is inside your home, but still the surrounding area can be very unnecessary depressing.

If you have decided to live here for sure, you will have to be patient for the next years of regeneration and then enjoy the nice results.

The most famous fact about this neighborhood is that it is the place where officially is the ugliest building made in the year 2010. And what is even worse of you are from the people who will also not like it, you will see it everywhere you look, because it is very tall and is visible from each part of the neighborhood.

Of course there are two sides of the coins, as always. If you are lucky enough and can afford it, an apartment at the Strata is considered as one of the best options for a place to live in this part of London. With its one hundred and forty-seven meters it is the tallest residential building in the capital of the Kingdom. This automatically gives you the amazing view not only over the neighborhood, but to the biggest part of this end of London.

The name of the area, that is very interesting for everybody, comes from an unusual statue that can be seen in the region. It is a red elephant with a castle on its back.

Between all the other facts that were mentioned above, if a person is not so annoyed by the differences in the architecture of the buildings and the reconstructions, that are part of this side of London will be going in the next years, it is a nice place to come and live with your family.

People who know well the area are recommending to be very careful, especially when you are shopping. Shops and stores in the neighborhood are ok, nice things on reasonable prices. But due to the fact that the area is bordering with Kennington and the streets are actually slipping into it, you may at some point happen to be in the other neighborhood’s shops, when things can a bit more pricy. 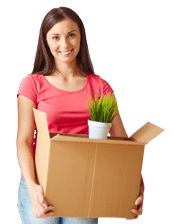